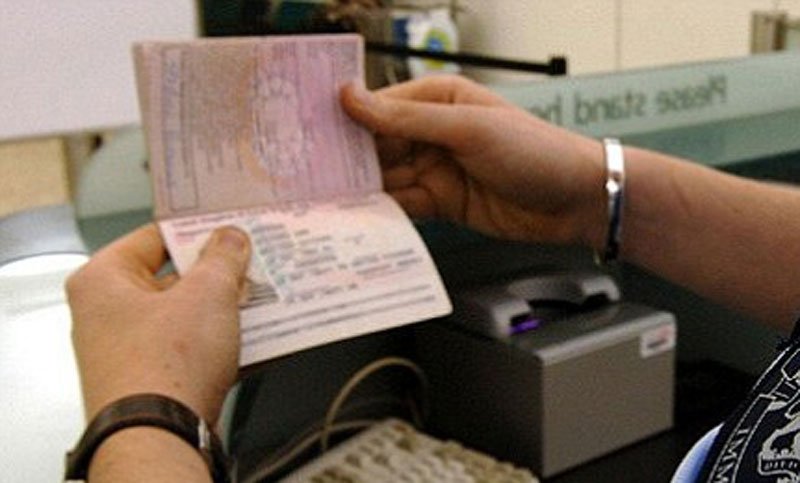 One of the consequences being reckless in shooting drugs is getting infected by blood born viruses. Linda does realise it. Now she is living not only with HIV but also HCV breeding within her blood. The test showed those living organisms in her blood about 10 years ago became a turning point of her life [after weeks of anger and grief]. Fortunately she got support from friends who have already been living peacefully with the reality that they have to live with the viruses for the rest of their life. Some of them returned to old habits wasting most of their time for smack, but many of them spend time for productive healthy life.

Linda chose the second path: She has to take care of her immune system that sooner or later will need an interminable medication. It needs regular cost that motivated her to explore her potentials, reaching the highest positive existence as a human being.

Linda kept moving on and progresses happened to her insistently: a climbing career as well as finishing the years of postponed college with above average GPA. She wanted more. She must have proven to the world that Indonesian woman who live with HIV can also be on top of the world. One of the pathways is by elevating her education to the next level: a master degree.

After being granted a scholarship to study in one of universities in Australia and spending a lot of time and energy repeating daily class to get sufficient IELTS score, Linda had to apply a student visa. She declared the truth of herself including drug use history in the application form anticipating even worse consequence if she covered it up: a deportation upon unexpected health condition requiring medical attention that would uncover her HIV status. Moreover, she started taking ARV just before visa application process. Her frankness brought her to despair. She was restricted residing the country to attend the class that had already started, for her HIV status.

I saw and heard deportation of numerous Indonesian women working abroad that found to be HIV positive, but Linda’s case is also remarkable. Comparing to Linda’s case, many more have been deported, and banned from the country by undergoing mandatory testing without their knowledge. They are migrant workers, most of them women that the number keeps increasing.

The increasing number of women migrant workers engaged in the informal labour sector (as domestic help and sex workers) raises health issues. Their isolation and poor working conditions cause their vulnerability to health problems, and decrease their protection against abuse. Their lack of capacity to negotiate for safe sex and denial of right to make a free choice regarding their body as women exacerbate the risk of contracting HIV. Apparently only migrant workers are required for mandatory HIV testing, especially women because they are perceived to be HIV transmitters.

Up to July 2012 there are 45 countries imposing restriction on the entry, stay, and residence of people living with HIV (PLHIV) based on their HIV status. This number has already been decreased from 49 countries in 2011. The restrictions have two general forms: The first is an absolute ban on entry for PLHIV, including deportation upon findings at a mandatory test; and the second involves restrictions on longer term (generally greater than three months) residence. These countries do not require documentation of HIV sero-status for short-term stays for business, personal reasons, or tourism, but require it for longer stays. In such cases, an HIV-positive result for an individual applying for a long-term student or work permit in a country usually will lead to refusal of entry or deportation, – as what happened to Linda. These countries often require periodic mandatory HIV testing of resident non-nationals, and deport individuals who become HIV-positive while residing in the country.

Governments often respond to emerging infectious diseases associated with stigmatised populations first by ignoring the disease and later by adopting ineffective and discriminatory public health strategies to try to control it,,. An example of such an approach is the tendency of governments to blame “foreigners” for the introduction and spread of disease, and to place isolation, quarantine, or entry restrictions on this group without regard to actual public health impact,,,,. Indonesia started to associate AIDS that began to be found in late 1980s with foreigners – supported by media publications quoted official government source of information regarding a foreign tourist in Bali that hospitalised for AIDS. This publication further believed as the first AIDS case in Indonesia for years.

In response to the HIV/AIDS epidemic, countries have adopted a wide range of laws and policies that are contrary to effective public health and that violate human rights standards against discrimination, including laws that criminalize HIV transmission,,, isolate PLHIV, and censor factual information about safer sex and drug use. But in the past 20 years, some of these policies have been reversed. Still many countries keep imposing restrictions on entry, stay and residence that prevent PLHIV from legally entering, transiting through, or residing in a country solely based upon their HIV status.

Basically international human rights law allows for discrimination in the face of public health considerations, such discrimination must be the least intrusive measure required to effectively address the public health concern. HIV-related travel restrictions, by contrast, not only do not protect public health, but result in deleterious effects both at the societal level – negatively impacting HIV prevention and treatment efforts – and at the individual level, affecting, in particular, labour migrants, refugee candidates, students, and short-term travellers.

What are Women with HIV Doing about This?

An increasing awareness of the discriminatory nature and deleterious effects of HIV-related travel laws has begun to prompt change. In 2004, El Salvador made the decision to remove HIV-related entry, stay, and residence regulations. In advance of the International AIDS Conference in Toronto in 2006, Canada eliminated requirements of disclosure of HIV status for short-term stays. China indicated in 2007 that it intends to remove all of its restrictions on PLHIV entering the country,, and the United States also has made a commitment to eliminate restrictions, though neither country has yet fully done so. Numerous organisations, states, and individuals have rallied, asking countries to eliminate HIV-related entry conditions, and prominent bodies. There is growing international momentum towards eliminating HIV-related restrictions on entry, stay, and residence. In 2007, the International AIDS Society published its official policy position regarding HIV-related restrictions stating that, “The International AIDS Society will not hold its conferences in countries that restrict short term entry of people living with HIV/AIDS and/or require their HIV status on visa application forms or other documentation required for entry into the country”.

As women with HIV who experienced the restriction most, largely as migrant workers, we must mobilise our community and build coalitions: Inform others about HIV restrictions on entry, stay and residence, including AIDS services organisations, legal and human rights groups, migrants and labour groups, networks of people living with HIV, business coalitions and faith communities; and explore joint strategies to fight against these counter-productive policies. We also have to advocate our government to protect its own HIV-positive citizens who are caught up in and harmed by such restrictions and to make diplomatic efforts on their behalf with the governments that apply such restrictions.

In the context of mobility, organised women with HIV must force each of our country to include HIV programmes in its national response to HIV for mobile populations, both nationals and non-nationals: entering, leaving and returning to the country as the effective way to address HIV related labour migrants, asylum candidates, students, including tourists, individuals seeking to visit family, and business travellers. Furthermore, we insist that governments having such restrictions justify them: provide easily available health care for the travellers and migrants is much more significant for effective public health strategy rather than information to forewarn them regarding the restriction. National restrictions on entry, stay, and residence for PLHIV broadly violate international human rights law provisions banning discrimination and upholding equality before the law,,,,. Following the Universal Declaration of Human Rights, the International Covenant on Civil and Political Rights (ICCPR) guarantees all persons the right to equal protection of the law without discrimination based on race, color, sex, language, religion, political or other opinion, national or social origin, property, birth or other status.

HIV-related travel restrictions not only do not protect public health, but result in deleterious effects both at the societal level – negatively impacting HIV prevention and treatment efforts – and at the individual level, affecting, in particular, labour migrants, refugee candidates, students, and short-term travellers. Organised victims, PLHIV, and community should advocate in order repealing these laws and policies, and instead devote legislative attention and national resources to comprehensive HIV prevention, care, and treatment programmes serving citizens and non-citizens alike.

Advocacy coalition in each country together with human rights and HIV/AIDS organisations must continue to demand that such restrictions be repealed immediately and entirely. Policies subjecting individuals to expulsion must always be coupled with protection of that individual’s right to challenge his or her deportation through due process of law.

The experience of discrimination, dislocation and disruption in social networks around migration is closely linked to HIV risk. Provision of adequate HIV/AIDS prevention, care, and treatment services for migrants and citizens alike is essential regardless of a country’s policies on HIV-related travel restrictions. Legislative priority and government resources should be redirected from maintaining costly and discriminatory entry, stay, and residence restrictions on PLHIV, and refocused on providing prevention, care, and treatment programmes that target and serve non-citizens and citizens. The creation and maintenance of such programmes will be the truly effective long-term strategy in combating this pandemic from both a public health and a human rights perspective. 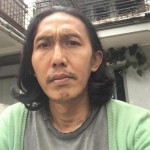 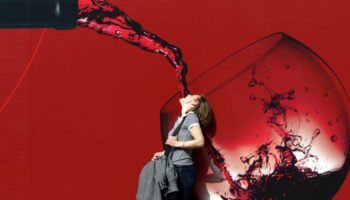 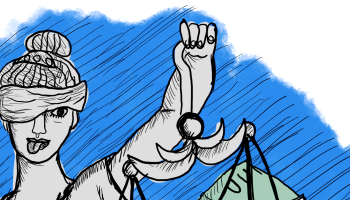 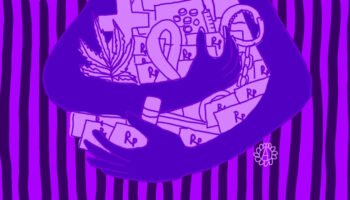 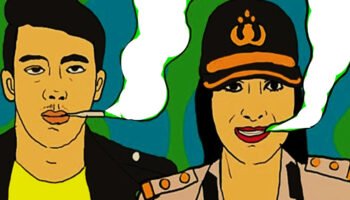 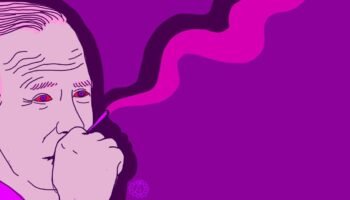