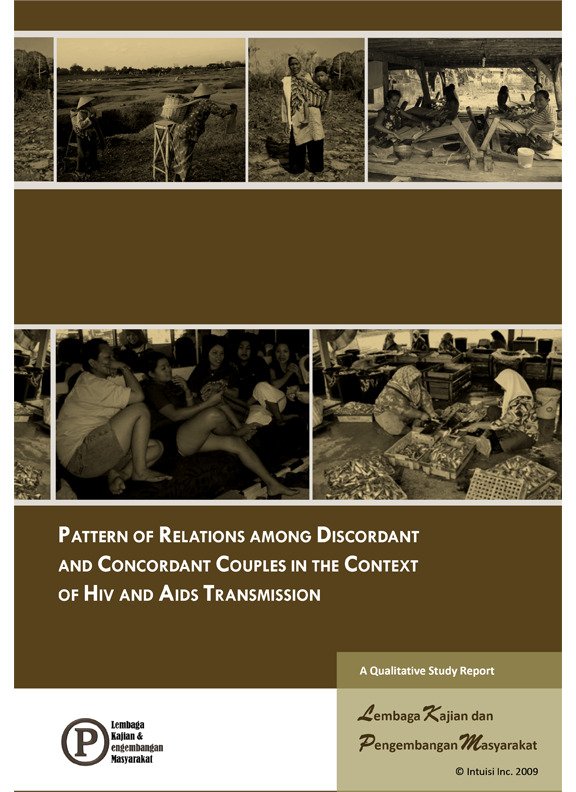 Globally more women are being infected with HIV and AIDS. As the epidemic takes on twenty years of age, the number of positive women reaches 40 million. By 2007, the proportion of positive women got to 25%. Even more disconcerting is the epidemic in Tanah Papua whereas it has spread within the general population, and the number of women infected has surpassed their male counterpart. The spreading of the infection in most of the country is attributed to unsterile use of injecting drugs while in Tanah Papua, sexual transmission is the main mode of transmission. Alarmingly the infection has been crosscutting among risk groups: drug users, sex workers because of sexual transmission in addition to more housewives are finding themselves and their children infected.