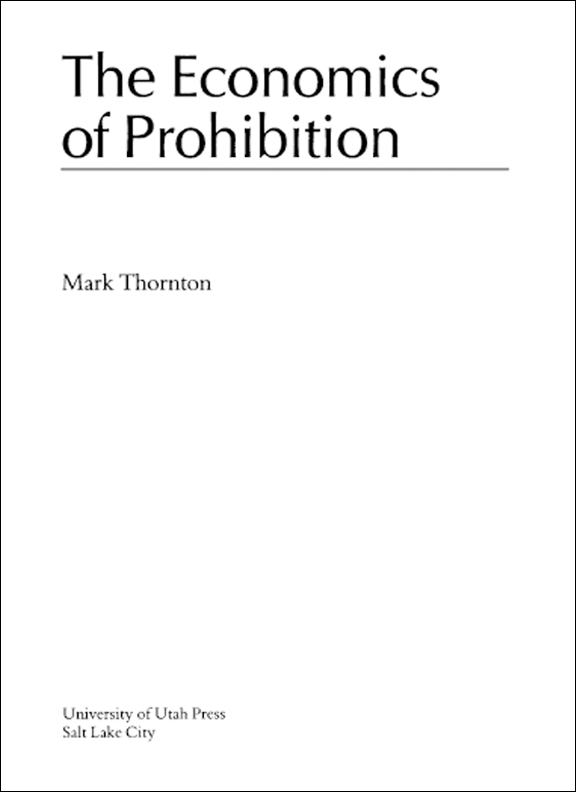 Foreign wars come and go, but the Drug War is a constant of U.S. domestic policy. For nearly eight decades the government has attempted to prevent American citizens from using one or more illicit substances. By the 1980s the government's efforts had become truly draconian: more than one million drug arrests annually; minimum drug sentences that exceed the average punishment for murderers and rapists; increasing numbers of wiretaps; property confiscations and home evictions based on mere suspicion of drug use; ever more warrantless searches as part of the constantly expanding "drug exception" to the Fourth Amendment; growing involvement of the Central Intelligence Agency, Department of Defense, and National Guard; citywide curfews; and proposals for everything from shooting down unidentified planes at the border to declaring martial law.

Yet these efforts have yielded few positive results. The U.S. now has more than one million people in prison, yielding the highest rate of imprisonment in the industrial world. Young blacks are more likely to die in gun battles in the criminal underground, funded by drug prohibition, than they were while serving in the army in
Vietnam. Drug users seeking to pay the inflated prices of illegal substances commit thousands of property crimes in cities and their suburbs. Children, who receive lesser criminal punishments, are increasingly recruited into the drug trade, where many become users.